Walking on two feet (instead of four)

Did you ever wonder why we humans walk on two feet?

I was asking myself this, as I observed my mom’s pug Tamerlan struggling to hoist himself up on the living room couch, so that he could chew on the leather armrest (which is his favorite thing to do).

(Here is Tamerlan, trying to look all innocent: 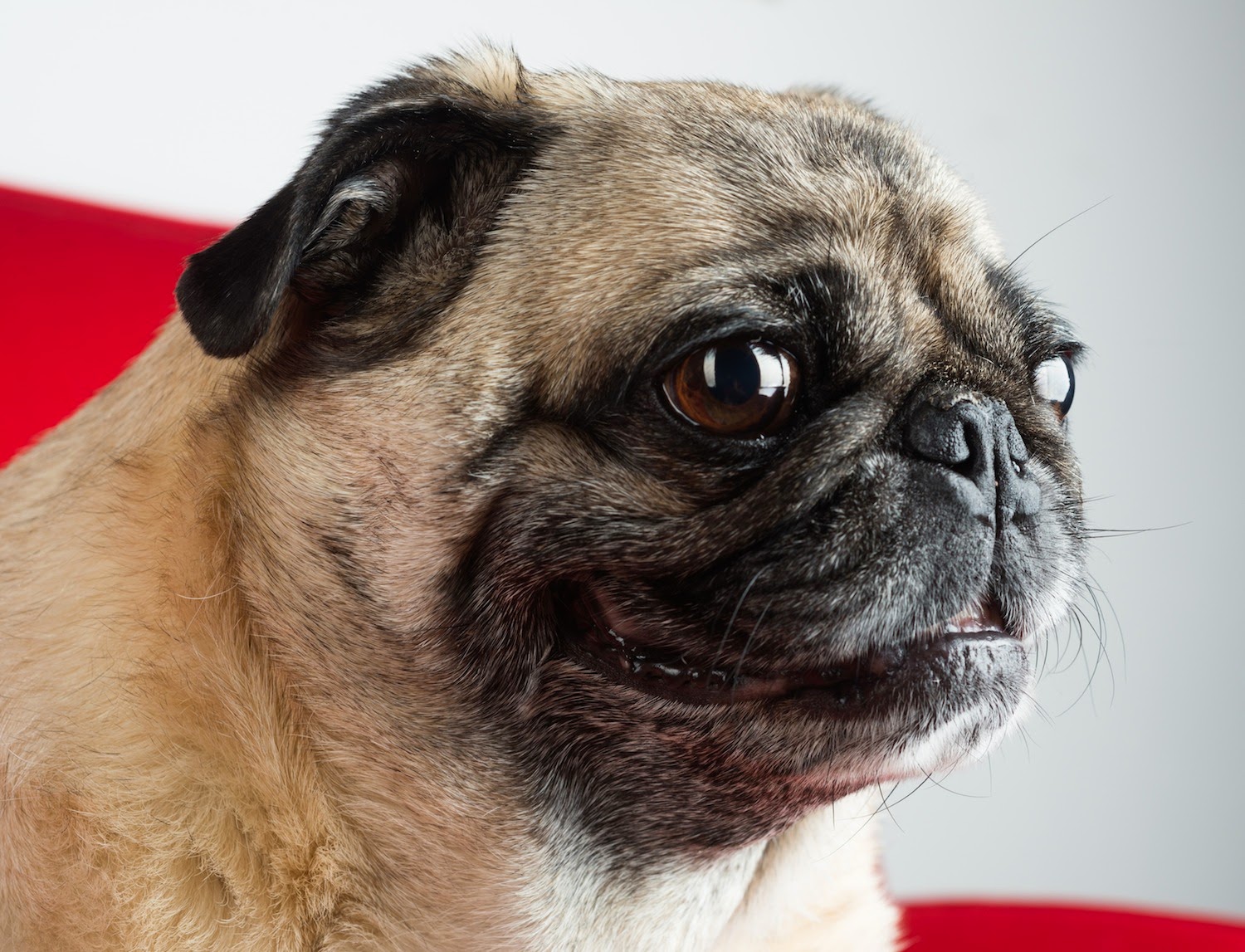 Anyways, when we’re babies, we start out crawling around, but then, after a while we stand up to walk... As if this was a totally normal thing to do. But why?

Monkeys and apes, our cousins do fine on all fours, and so do our more distant cousins like cats and dogs and bears and, you know, like cows and elephants and horses...

So I did some online digging, and it turns out that scientists don’t really know. They have a few ideas, but they don’t know for sure the real reason.

It could be that standing upright became an advantage when our ancestors moved from a forest environment to the savannah, where it’s good to be able to stand up because you can see far away, above the tall grass, and notice if a lion or something is sneaking up to eat you.

Or it could be that standing up all the time freed up our ancestors’ hands, so that they could carry stuff they needed to bring from far away, like food or tools.

Or it could be that walking on two feet actually costs less energy in certain conditions than walking on all fours, so it’s better because it makes you less tired.

But nobody knows for sure! So it’s still a mystery.

Here is an article about this stuff. It’s a bit difficult to read because it’s written for grown ups, but it’s still really interesting I think, so check it out:

Oh, plus: I found out that "walking on two feet" is called "Bipedalism" and that the fastest bipedal animal is actually not humans, but the ostrich, which can run to up to 60 miles per hour!


All I can say is that I'm sure glad I’m bipedal, this way I can pick up that big old couch-chewing Tamerlan and give him a hug as I walk away!