Ants and how big (or small) stuff is

I spent a lot of time today looking at ants marching in the backyard, wondering what the world looked like to an ant. Luckily, my aunt Bebe gave me a great book about ants the last time she came to visit, so I could check it out. 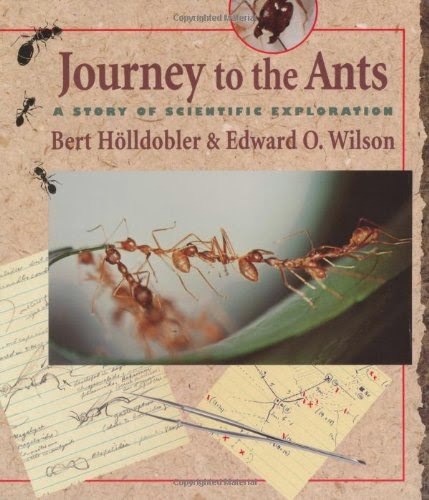 It turns out that ants don't really see much at all, and that they find their way around mostly by "smelling" stuff with their antennas. Depending on the species, they can sort of see what direction light comes from, but that's about it. So for an ant, the world is made up mostly of smells and the feeling of touching stuff.

Here is a picture of some ants: 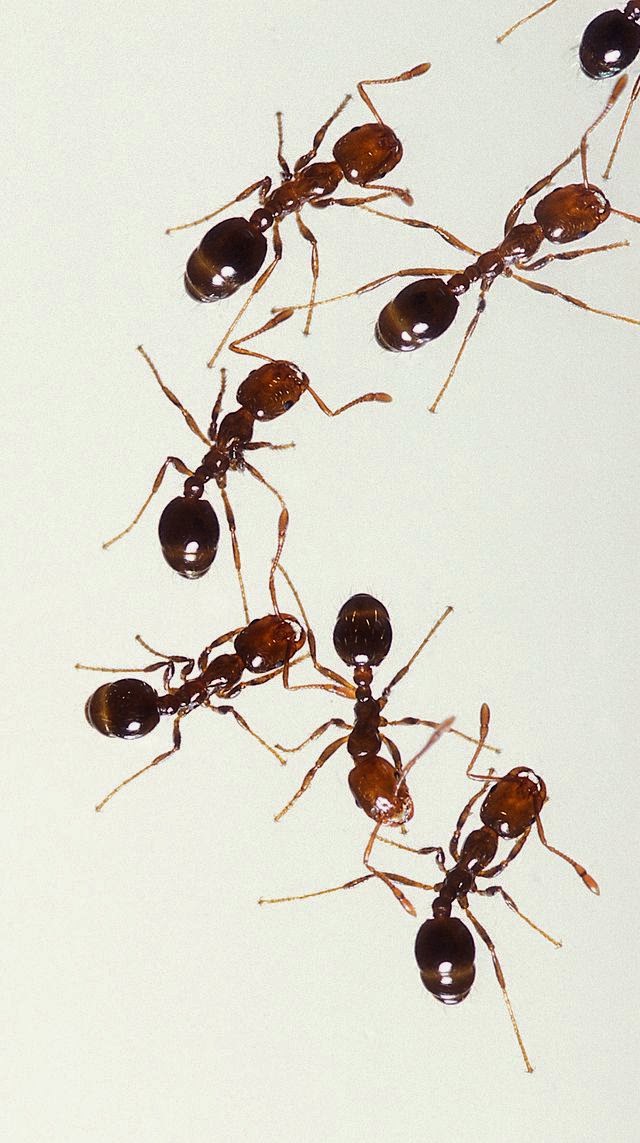 When an ant dies, the other ants are supposed to carry it out of the ant colony and just sort of throw it in the trash. They can tell the ant is dead only because it smells funny. In an experiment I saw one time, a scientist put the smell of a dead ant on one that's alive with a kind of special perfume and right away the other ants started carrying it out to the garbage heap, even though it was wiggling around like crazy (so that, to us humans anyways, it seemed obviously alive). The other ants were fooled though: for them if it smells dead, it must be dead!

Plus did you know that ants were closely related to wasps and bees? And that in some parts of the world, like Mexico, people actually love to eat ants for dinner? (It seems a bit yucky, but you never know, maybe with some ketchup or something...)

Looking at ants and thinking about ants also got me wondering about how come some things are small and some things are big. Like, compared to an ant, I'm a super giant. But compared to my dad, or to the oak tree in the yard, or to, you know, planet earth, I'm pretty small. So that in a way, size is always a relative thing.

Later I went on the Internet, and I found this awesome website that actually lets you visualize how big and small things are in the universe compared to other things. It also has nice music!

Anyways, no matter how big or small you are (and even if you eat ants sometimes), I hope you have a great day!